Heirs of German Jews are to receive restitution of silverware forcibly taken by the Nazis in Munich over 80 years ago after B’nai B’rith Magazine challenged the Bavarian Ministry of Science and the Arts to explain why the objects were still being held.

Washington D.C.-based writer, Dina Gold, who has previously reported for the magazine on the restitution of her own family’s building in Berlin, had sought an explanation from the Bavarian State minister. Items for other families have been cleared for restitution but not yet been transferred. 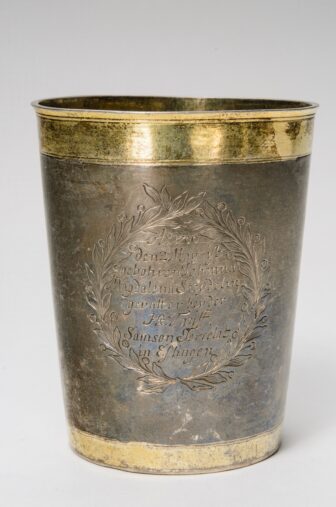 The recipients include cousins Naomi Karp, also of Washington, D.C., and Ellen Kandell, of Silver Spring, Maryland. Their great aunt Hermine Bernheimer had obeyed a 1939 Nazi decree that Jews hand over precious metal objects—in her case a silver cup—to their local pawn shops. Born and raised in Göppingen, southern Germany, she had moved to Munich and was later deported to Theresienstadt and murdered.

Naomi Karp first learned of the cup’s existence in January 2020 from Dr. Matthias Weniger, Head of Provenance Research at the Bavarian National Museum in Munich which had held it in a storage cupboard for decades. After proving their relationship to Hermine, Karp and her extended family had been waiting since April 2021 for the ministry lawyer to sign the paperwork.  This was done in March after Gold raised the issue. “I’m thrilled that the logjam has been broken and grateful for Dina’s help,” Karp said.

“There can never be a truly happy ending after all that’s happened,” Weniger remarked. “But I look forward to handing the cup, at Naomi and her family’s request, to the Jewish Museum in Göppingen, to be a permanent memory of Hermine’s terrible fate and that of so many others.” 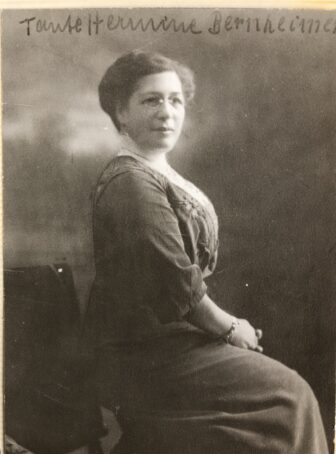 The full history of Hermine Bernheimer’s silver cup, along with the poignant stories of several other families whose ancestors were forced to part with their silver objects, will be featured in the Winter edition of the B’nai B’rith Magazine.

B’nai B’rith and the Institute for Strategic Dialogue Unveil New Resource, “Online Antisemitism: A Toolkit for Civil Society,” in partnership with UNESCO

Artifact on Display at German Museum to Return to Jewish Heirs, Decades After Seizure by Nazis