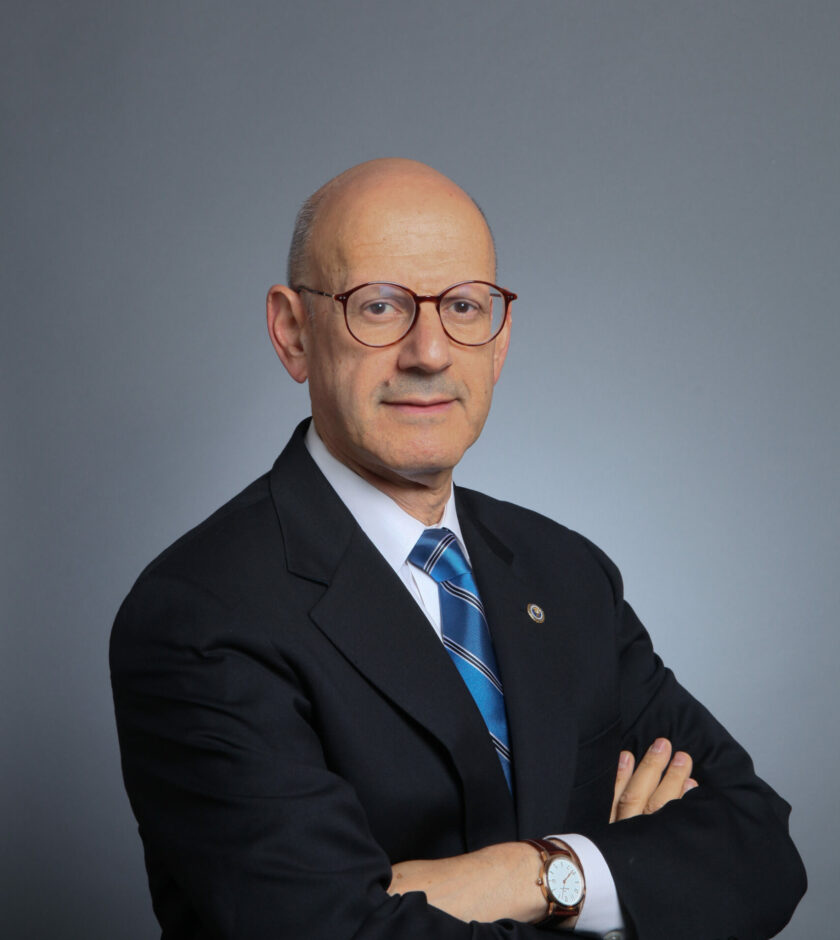 Daniel S. Mariaschin is the CEO of B’nai B’rith International. As the organization’s top executive officer, he directs and supervises B’nai B’rith programs, activities and staff around the world.

Mr. Mariaschin also serves as Director of B’nai B’rith’s International Center for Human Rights and Public Policy. In this position, he is the spokesman for B’nai B’rith, interpreting its policies to a variety of audiences, including the U.S. Congress, world leaders, global diplomats and the media, with responsibility for coordinating the organization’s programs and policies on issues of concern to the Jewish community.

In the United States and abroad, Mr. Mariaschin has met with scores of heads of state, prime ministers, foreign ministers, opposition leaders, religious leaders and influential members of the media, to advance human rights and to help protect the rights of Jewish communities worldwide as well as to promote better relations with the State of Israel.

He participated in negotiations that achieved the transfer of Torah scrolls from the Lithuanian government to Israel for use there and in diaspora Jewish communities.

He was a member of the International Advisory Committee of CEANA, the Argentinean commission studying that country’s relations with the Nazi regime, and served on the Commission on Property Restitution in Slovakia and as a member of the International Commission on the Holocaust in Romania. Since 2006, Mr. Mariaschin has led negotiations with countries on the restitution of Holocaust-era assets on behalf of the World Jewish Restitution Organization.

In recognition of his work in Central and Eastern Europe, Mr. Mariaschin was awarded the Cultural Pluralism Award by the United States Commission for the Preservation of America’s Heritage Abroad. He has also been awarded state decorations from the presidents of Latvia and Lithuania, and the Golden Bough decoration from the Foreign Ministry of Bulgaria. In 2018, Mariaschin received the King Areus Award for leadership in cultural diplomacy from the Municipality of Sparta, the Greek-Israeli Cooperation Institute and B’nai B’rith’s Philon Lodge in Athens. The international Jewish periodical The Algemeiner selected him for inclusion on its “100 list” for his positive impact on Jewish life, in 2014.

Mr. Mariaschin has spent nearly all of his professional life working on behalf of Jewish organizations, beginning in 1973 as Community Relations Associate with the Jewish Community Council of Boston. Two years later he was named director of the New England office of the American Zionist Federation and Zionist House in Boston.

Prior to joining B’nai B’rith, Mr. Mariaschin served as director of communications and principal spokesman for former Secretary of State Alexander M. Haig, Jr. during his 1988-89 presidential campaign. He also worked as a radio announcer and news commentator.

Mr. Mariaschin has written numerous articles and reviews on anti-Semitism, foreign affairs and national security issues for such publications as The Wall Street Journal, The New York Times, The Los Angeles Times, The Chicago Tribune, Newsweek, The Hill, FoxNews.com, The Jerusalem Post, JNS, The Times of Israel and The Algemeiner.  He also appears as a foreign affairs analyst on television and radio programs. He has lectured on foreign and defense affairs at the U.S. State Department’s Foreign Service Institute, and the Marine Corps Command and Staff College and at other military installations around the country.

Since 2017, Mr. Mariaschin has hosted the B’nai B’rith Podcast, featuring meaningful discussions on today’s most pressing topics, including tackling rising anti-Semitism, the state of Jewish communities, the dire shortage of housing for low-income seniors, author talks and even Jews in baseball. In 2020, programming expanded to include on-camera discussions and webinars.

A noted lecturer who speaks nationally and internationally, Mr. Mariaschin delivered the distinguished Gandel Oration in Melbourne, Australia in 2016. In 2017, he addressed a special meeting of the Foreign Affairs and Defense Committee at Israel’s Knesset convened in honor of the centenary of the Balfour Declaration.