July 13, 2020
Meet Grant Napear. The basketball broadcaster was fired after tweeting “All Lives Matter” following the killing of George Floyd.

Meet Louis Farrakhan. The head of the Nation of Islam has referred to Jews as “termites” and castigated them for their “Satanic influence.”  Chelsea Handler and other celebrities tweeted their praise for his “really powerful” message about racism.  Fox Soul TV scheduled a broadcast of his planned July 4 address before deciding instead to air excerpts of speeches by multiple Black leaders.  Two Philadelphia Eagles teammates subsequently promoted Farrakhan on their Instagram pages.  TV host Nick Cannon has used his YouTube talk show to praise Farrakhan, invoke anti-Semitic conspiracy theories and challenge the authenticity of the Jewish people.

Meet Al Sharpton, an activist who has referred to the Jewish community as “diamond merchants” and “bloodsucking Jews” and in 1991 instigated violence with his anti-Semitic demagoguery during the Crown Heights riots. Sharpton, who has not publicly apologized for his past behavior, hosts a daily program on MSNBC and will lead a march on Washington this summer.

The cases of Napear and Bennet are symptomatic of a cancel culture that exhibits minimal tolerance for an individual who has expressed or shared a controversial opinion.  Napear’s “All Lives Matter” comment is considered by some to be a racist response to the Black Lives Matter movement.  In Bennet’s situation, dozens of New York Times journalists tweeted their contention that his decision to run the Cotton op-ed endangered the lives of both Blacks and the newspaper’s staffers. The pressure to remove both Napear and Bennet was immediate and decisive.

Farrakhan’s critics, including several public figures, prompted Fox to scrap his TV appearance.  And Chelsea Handler, after initially doubling down, ultimately deleted her tweet and apologized for it.  But Farrakhan has met personally with at least seven members of Congress and continues to speak before large crowds, often using those occasions to spew anti-Semitic polemics.

Sharpton has faced his own share of detractors, although he maintains his perch at MSNBC and continues to absorb praise from highly prominent public officials who have hailed him as a civil rights champion.  His August 28 address in Washington, scheduled to coincide with the anniversary of Martin Luther King’s “I have a dream” speech, is expected to draw about 100,000 participants.

What is notable about Farrakhan and Sharpton is not just that they have survived criticism for their anti-Semitic pronouncements, but that they have never acknowledged or repented for their anti-Semitism.  The plaudits they win from public figures and loyal followers not only burnishes the legitimacy they claim; it affirms their sense that they can blunt or simply dismiss any criticism that comes their way.  “You only repent when you mean it, and I have done nothing wrong,” Sharpton has said.

A nationwide spike in anti-Semitic hate crimes in the past year has increased the concern of American Jews for their own safety.  According to a report by the Center for the Study of Hate and Extremism at California State University, San Bernadino, Jews were the most highly targeted group in 2019 in the country’s three largest cities: New York, Los Angeles and Chicago.  The killing of four people in a Jersey City, New Jersey kosher supermarket on Dec. 11 and an attack on Hasidic Jews at the home of a rabbi in Monsey, New York two weeks later illustrated the stark brutality of the threat facing the Jewish community.

As heightened awareness of the racism and injustice suffered by African-Americans has shortened the national fuse on racial issues and understandably fostered an atmosphere of zero tolerance for racial bigotry, Jews and other opponents of hatred could reasonably ask:  Where is the commensurate outrage over anti-Semitism?  Why does cancel culture fast-forward past the hatred of Jews?
​
Racial justice and the sacredness of Black lives deserve the full recognition owed by American society.  But as long as the threats to Jewish safety and dignity persist, we have to demand that those perils also be taken seriously.  This means that longtime purveyors of anti-Semitism should not be mainstreamed, their offenses deemed negligible or otherwise rationalized and contextualized.  Jewish individuals deserve no less. 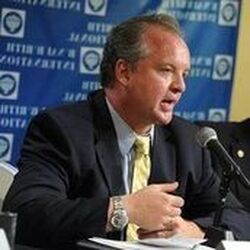 B'nai B'rith Unveils None Shall Be Afraid, Initiative to Fight Anti-Semitism

Jewish groups urge US to step up pressure on Jordan